Brazil is one of the most diverse countries on earth. This vast land includes the largest tropical rainforest in the world - the Amazon - and the world's largest wetlands - the Panatal - formed at the crossing of two major rivers, the Cuiabá and Paraguay. In the south, there is the magnificient Iguacu Falls, and in between all of these are vast reaches of wide savannah.

The heart of wildlife safaris in Brazil centres around the Pantanal and the Amazon, with the Panatal being a better region to sight animals.  In recent years, the Pantanal has emerged as the best place in the world to watch and photograph jaguars in the wild; this is due to lack of hunting, and a prevalence of their favourite prey, caymans and capybaras.

Where to stay on safari in Brazil


When it comes to accommodation in the Amazon you have two choices - either choose to stay on board a comfortable boat and really immerse yourself in the sights and sounds of the jungle, or stay a little further out in a more luxurious lodge, then boat in and out of the forests. 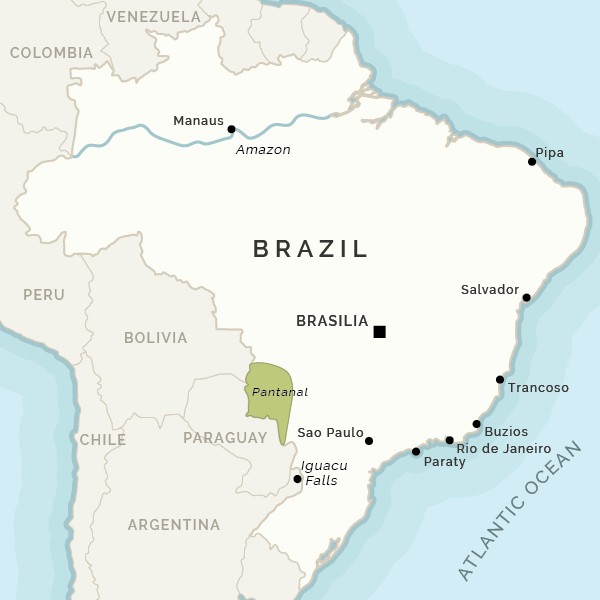